13 wonderful provinces and territories make up Canada! With a total area of more than 9.8 million square kilometers, it is the second-largest country in the world. It makes sense that you might want to think things over carefully before picking where to reside. In general, newcomers think about lifestyle, weather, and schools while choosing where to reside in Canada. Where you find work in Canada, nevertheless, will always be the most crucial aspect.

Every place has its own culture, setting, and reasons why people choose to settle there. You should conduct research prior to choosing a province to call home. Each province is made up of several components, including its area, resources, people, culture, economy, real estate, and so forth. Research the provinces to decide which one would be best for you.

Undoubtedly, in recent years, Canada has grown to be one of the top immigration destinations. One of the main reasons why people select Canada as their favorite immigration destination is because of the advantages of its immigration regulations. Additionally, Canada’s high standard of living, medical benefits, safety and security, breathtaking scenic regions, and abundant job prospects draw immigrants.

Top 8 cities to find a perfect job in Canada.

The beautiful suburban small town of Oakville is located in the province of Ontario, which is undoubtedly one of the best destinations in all of Canada for career possibilities and city living in general. Because Oakville is located on the shores of Lake Ontario, its inhabitants can enjoy nature’s splendor in its purest form. Additionally, Niagara Falls, one of the most stunning views in the world, is only a one-hour drive from the town.

Because Toronto is relatively close by, people of Oakville may easily access the job market there without having to worry about paying for living expenses in the busy metropolis. Along with several manufacturing firms, many large pharmaceutical corporations and other life sciences firms with a focus on geriatric care have their headquarters in Oakville, which makes it one of the best places in Canada to live and can offer excellent career possibilities.

According to the QS rankings of the world’s greatest cities, Quebec City, one of the most beautiful and best places to live in Canada, is placed 88. Bishop’s University is one of the top universities in this city, which is in one of the best Canadian provinces for living.

Because it offers excellent education and employment options together with a low cost of living, Quebec is one of the top destinations for many international students traveling to Canada.

Calgary is considered Canada’s energy capital and is listed as the 47th greatest city in the world. This city, which is a part of the province of Alberta, is well recognized for its initiatives to revolutionize the use of fossil fuels worldwide.

There are numerous reputable universities in this area, like the University of Calgary, which is famous for offering all of its students a top-notch education and excellent job placements.

The city is renowned for other things as well, like its fun-loving way of life and the magnificent Calgary Stampede. It is one of the best places in Canada for immigrants to reside because of the Banff National Park, which is situated in the rocky mountains close to Calgary.

For good reason, Montreal has been ranked as the 41st finest city in the world. It is perhaps the exotic French heart of both Canada and all of North America.

It is one of Canada’s largest and most desirable cities to live in. Montreal’s historic structures and distinctive architecture will instantly transfer you to a small French town in Europe.

All residents of the city can enjoy the wonderful outdoors and a wide variety of employment opportunities. All overseas students should explore the fantastic universities in this city. It is more welcoming to immigrants and international students because real estate expenses are lower than in other regions of the country. In addition to apartment fees,

The cosmopolitan capital of Canada, Ottawa, may be proud of many things, including the high standard of education it offers its citizens, which ranks it as one of the greatest places to live in the country.

The city is home to a wide variety of businesses, including those in the biological sciences, aerospace, clean technology, digital media, and other software-related industries.

The city also ranks 80th globally in terms of GDP (gross domestic product) per capita. Additionally, Ottawa creates a sizable number of positions each year that are desirable to educated foreigners.

Because of the numerous city-sponsored festivals and other outdoor activities that take place here each year, Edmonton is affectionately known as the “City of Festivals.” The University of Alberta, which is located in this city and is ranked 59th globally, is also the provincial capital of Alberta.

There are many different kinds of employment and offers in this city, and every immigrant and international student can find great work there. As a result, it is listed as one of Canada’s top cities to live in.

One of the biggest towns in the Canadian province of British Columbia, Vancouver is well-known throughout the world for its fantastic nightlife as well as its excellent employment and study abroad options. This city is also home to several top educational institutions that can help international students succeed academically and launch their careers, making it one of the greatest places to live in Canada.

Many technology-based businesses from throughout Canada and the world have established a presence in Vancouver, providing many career opportunities for anyone willing to relocate there. All of these elements have helped Vancouver rise to the position of the 34th finest city in the world.

Last but not least, Toronto is the frantic and vibrant Canadian metropolis that attracts the greatest number of immigrants and international students. Given that it is home to many of the greatest colleges in the world and offers a wide variety of career options, it is one of the best cities in Canada to live in and the best city in which to study. You can find several listings of jobs in Ontario and Toronto is a must-choice.

Although there is a high cost of living in this Canadian city, mostly because real estate is so expensive, there is also a very robust public transportation system. This is simply accessible, economical, and available to all residents.

There are plenty of work opportunities for Canada skilled immigration wishers. You can either apply for a skilled worker visa in Canada or even contact immigrant consultants at Gulf Migrates who will simplify the immigration process for you. Let us find you a job that you will excel at! 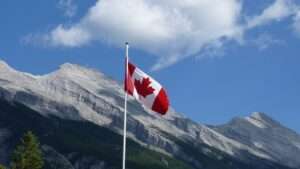 Winning a scholarship that pays for both your study and living costs is one of the easiest ways to begin your education in Canada. Scholarships Applying for visit visas for various nations across the world is simple due to Dubai’s position as a hub for international trade and tourism. One 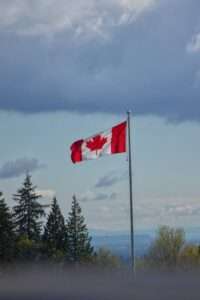 What are the most in-demand jobs in Canada? This is a question we frequently get asked as the immigration to Canada each year increases gradually. 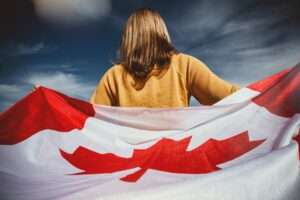 13 wonderful provinces and territories make up Canada! With a total area of more than 9.8 million square kilometers, it is the second-largest country in By launching the Federal Skilled Worker Program in 1967, Canada became the first country in the world to implement a merit-based points system (FSWP). The